Excited about the new Slovenian state, the State of Slovenes, Croats and Serbs, or the SHS, »Vesnjan Gašper« referred to his nativity scene as National. Niko Kuret says the following: Gaspari has indeed put the nativity scene in the Slovenian environment: the shepherds are a part of our culture, old men, maids and mommies as well, but the three kings have obviously been selected “politically”: one of them is Slovenian (in fur with tulips), the other is a Croat (his horse is led by a page boy in Croatian attire) and the third one is a Serb or a Bosnian (the artist clad the page boy in Bosnian attire), followed by a young cadet in Serbian attire with a flag and the inscription “SHS” (!) on it. With an easy heart, Gaspari added a few of the lords wearing Biedermaier-like attire with a carriage and Bethlehem, which strangely resembles Višnja Gora.

Perhaps the paper-made nativity scene as prepared by Maksim Gaspari in 1919 on seven paper sheets for print in lithography may come off as a little “cheap”, but most of the nativity scene in that time was like that.

He drew 69 characters and a barn (a stable) and also included a layout plan and a description: The nativity scene should be placed on a large triangular shelf in the corner. The barn with a Holy Family under a steep hill should be surrounded with sheep and people. The Three Kings should be approaching on horses and with a standard-bearer from the right. The carriage should be on the left. The pair of lords from the carriage should walk in front of it towards the barn. In one corner there should be a mother and a child, walking to school with an alphabet book, and on the other a woman, wearing a basket full of doughnuts (the motif known from the late paintings of Gaspari). The steep hill should be more or less treeless, with two angels carrying a Christmas epistle; small cattle and shepherd figurines should be placed in the middle, the city of Bethlehem on the top, and above the city a shooting star.

This “national” nativity scene was not welcomed with enthusiasm by everyone and Marjan Marinšek, the author of the book MAKSIM GASPARI, claims in his book: Later on the nativity set of Maksim Gaspari has not been purchased frequently, so the nativity scene has disappeared and nowadays it only remains an interesting document of time and as such – a great rarity. 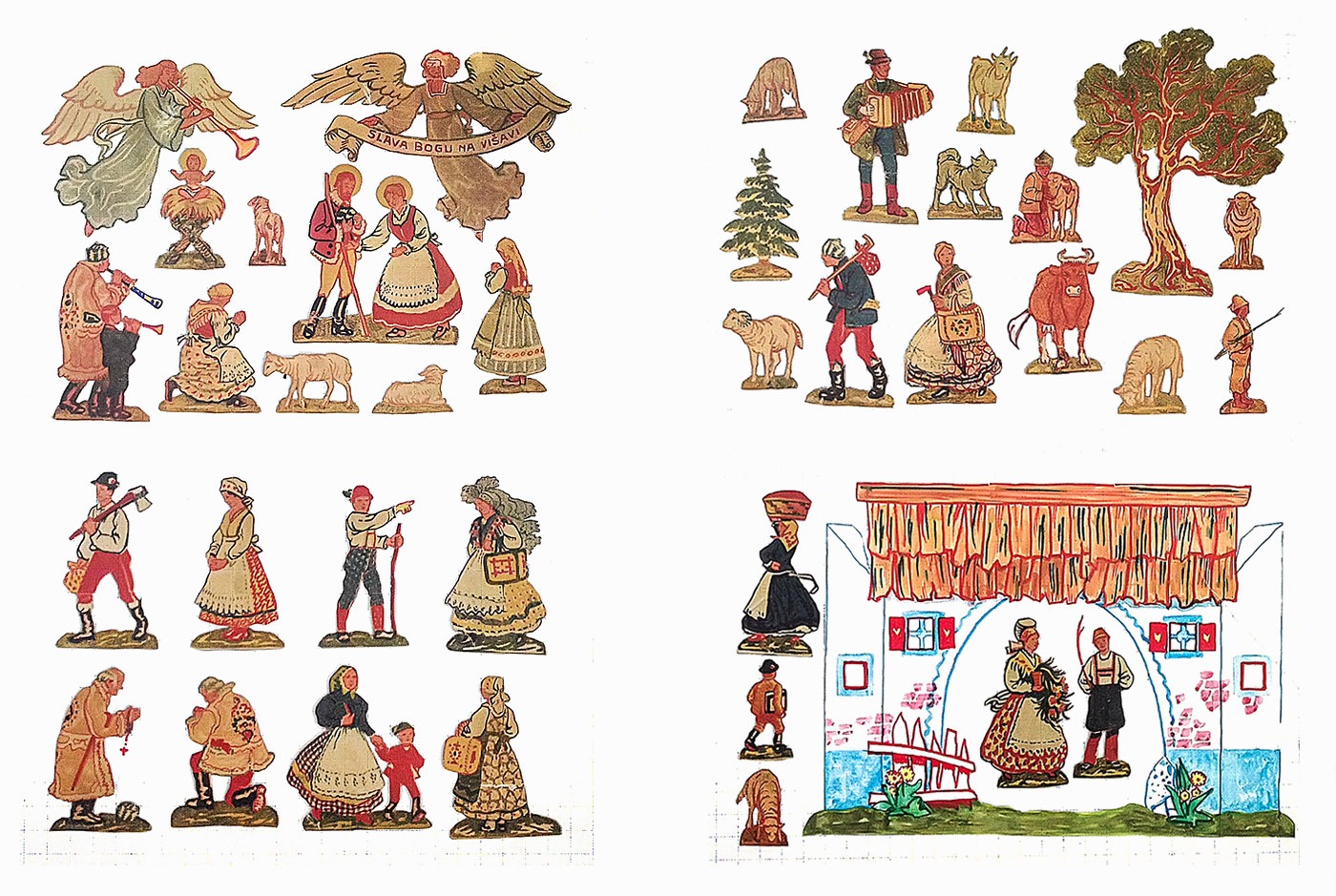